The Stanley Museum is a history Museum. Established in 1981, the Stanley Museum in Kingfield, Maine, is located in the beautiful Georgian-style Stanley School built in 1903. Kingfield is the birthplace of the Stanley’s — important to note because the steam car for which they’re most often remembered was built in Watertown, Massachusetts.

The Museum commemorates and preserves the heritage of Stanley family genius. The famous “Stanley Steamer” automobile was invented by Francis Edgar Stanley and manufactured by him and his twin brother, usually referred to as the Stanley twins, F.E. and F.O. The sister, Chansonetta, is equally important for her photographs depicting rural turn-of-the-century American life. 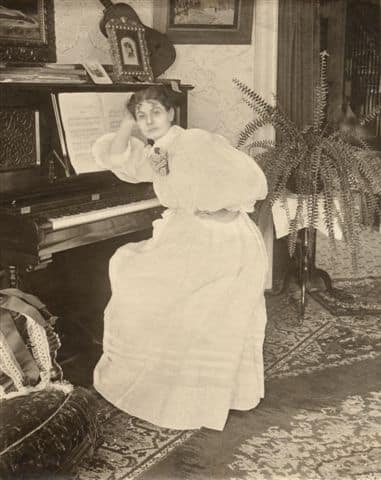 The Museum is housed in the erstwhile Stanley School, named after the Stanley’s in 1905 — it is the Museum’s primary artifact! The exhibits cover all facets of Stanley family history and memorabilia — airbrush painting and photography, violins and examples of Stanley steam cars from 1905, 1910, and 1916.

Visitors to the Stanley Museum are greeted and directed first to the car room exhibiting the steam cars, and a 20 hp Stanley engine, boiler and burner exhibit that demonstrates the power plant of the Stanley steam car. There is also a chain-driven Mason Regulator engine on exhibit, an engine used in the first Stanley cars and reportedly the original Whitney steam engine that started it all in the 1890s.

Photographs telling the Stanley steam car story are arranged with information panels in chronological order, beginning with a photo of the Stanley twins, F.E. and F.O., seated in the first Stanley Steamer in 1897 in Newton Massachusetts and ending with the racing story, Fred Marriott’s 1906 land speed record of 127.6 mph and F.E.’s tragic death in an automobile crash.

Visitors are then invited into the ‘family’ room where the Stanley’s other accomplishments are interpreted. Starting with an extensive exhibit on the history of black & white photography, the Stanley Dry Plate Co. story is set in context with photographs, information panels and an exhibit of vintage camera equipment.

The Stanley’s artistic side is interpreted by approximately 20 of their sister Chansonetta’s exquisite photographs. The Stanley Museum owns the largest collection of her photographic prints and glass plate negatives in the world including her brilliantly hand-colored glass lantern slides. Dorothy, Chansonetta’s only child, excelled as a painter. The Stanley Museum exhibits several by Dorothy Stanley Emmons paintings, plus F.E.’s airbrush portraits of Henry Wadsworth Longfellow, William Cullen Bryant, and his daughter Blanche as a little girl. The airbrush patent, titled “An Improvement to the Atomizer” and interpretative panels throughout add to the exhibit.

The room also contains an exhibit of violins made by F.O., F.E., and their nephew Carlton (who made more than 500 in his lifetime) as well as examples of the twins’ writing on topics as diverse as the labor movement and the evils of cigarette smoking.

The Museum has extensive archives as well that are available by appointment or for research questions directed to the Museum archivist, H. James Merrick.